In October 2013, Gerda took part in a trip to China which was organised by the College of Integrated Chinese Medicine and led by Danny Blythe.

Gerda joined a group of other acupuncturists from all over the UK on the visit to Guangzhou, also known as Canton, in Southern China. While there, they attended lectures at on the major hospitals in the city. She was also lucky enough to observe a large number of treatments given by five of the local professors and their assistants at first hand. This meant that they witnessed innovative techniques such as bee stings used to treat back pain as well as ancient ones such as cupping. The hospital combines methods of Western medicine with the traditional elements of Acupuncture and Chinese herbs, for example in the treatment of cancer.

In addition to the time spent at the hospital, Gerda was lucky enough to be taken out to see sights local to Guangzhou and learn about the culture, the food, the people and, of course, Acupuncture and Chinese Medicine.

The group visited a factory where Chinese Herbal Medicines and Teas were produced and also went to a market where herbs in their raw form were sold.

All the staff at the hospital were very welcoming and looked after the group extremely well and it was a visit to remember.

Sign for the Acupuncture Clinic at the Guangzhou Hospital 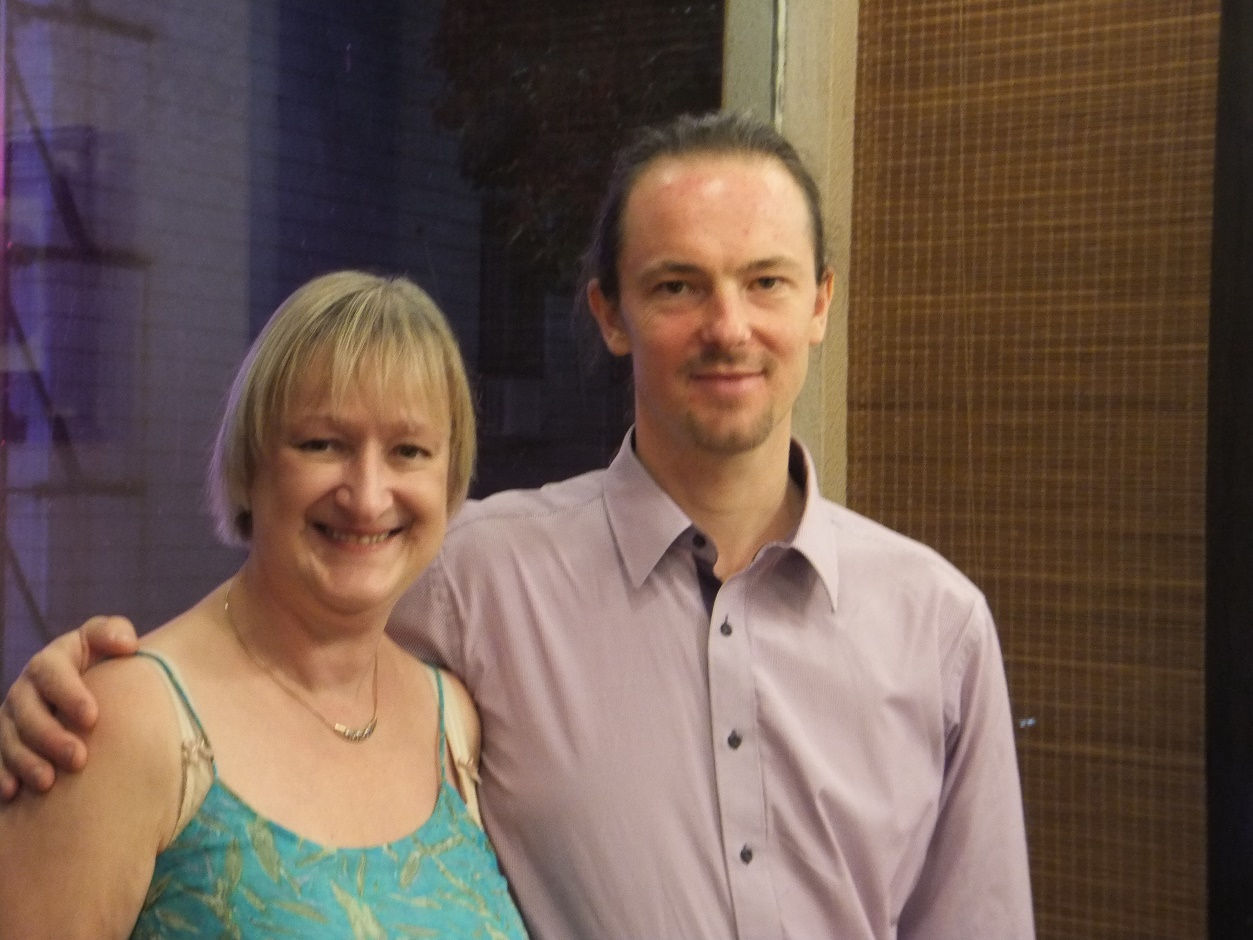 Gerda with Danny Blyth, the leader of the group 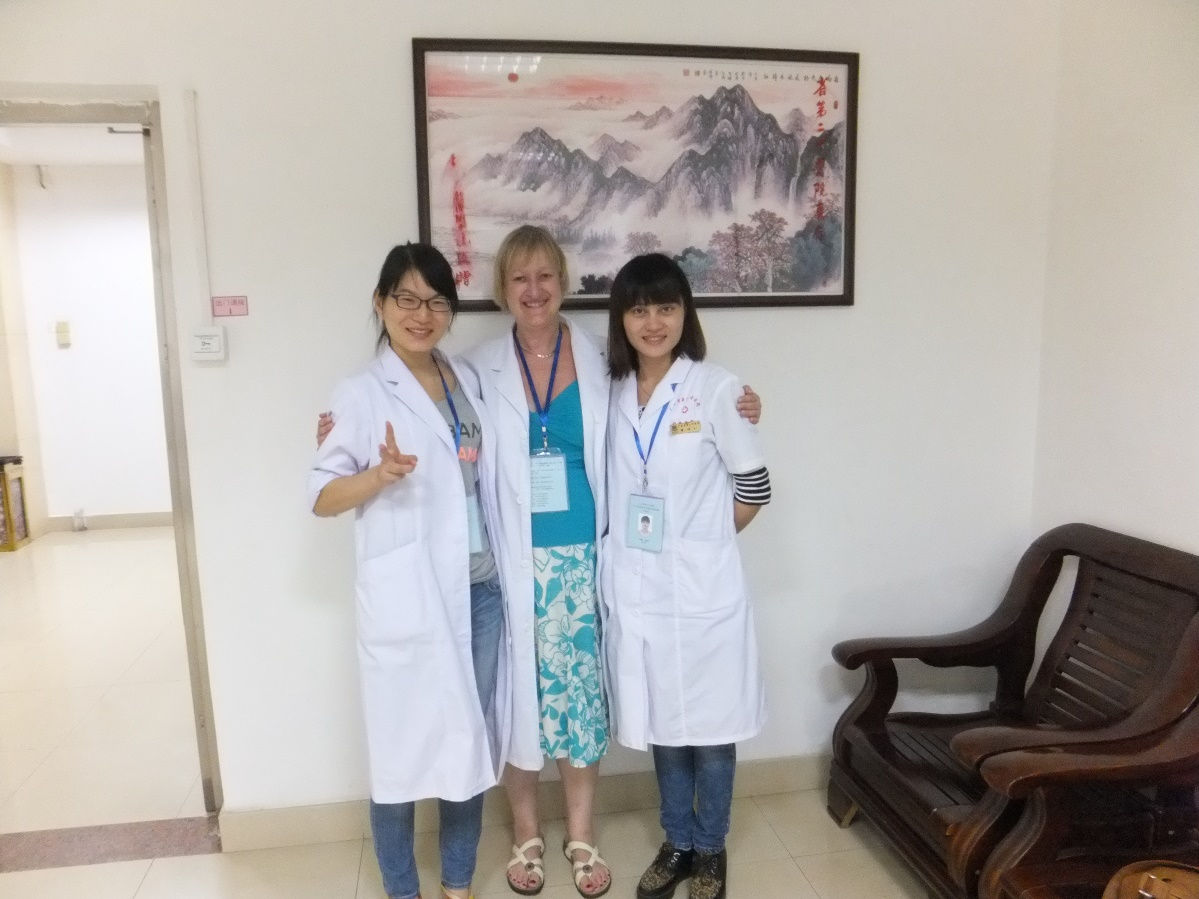 Gerda with two of the local Chinese Medical Students who were our hosts, translators and guides 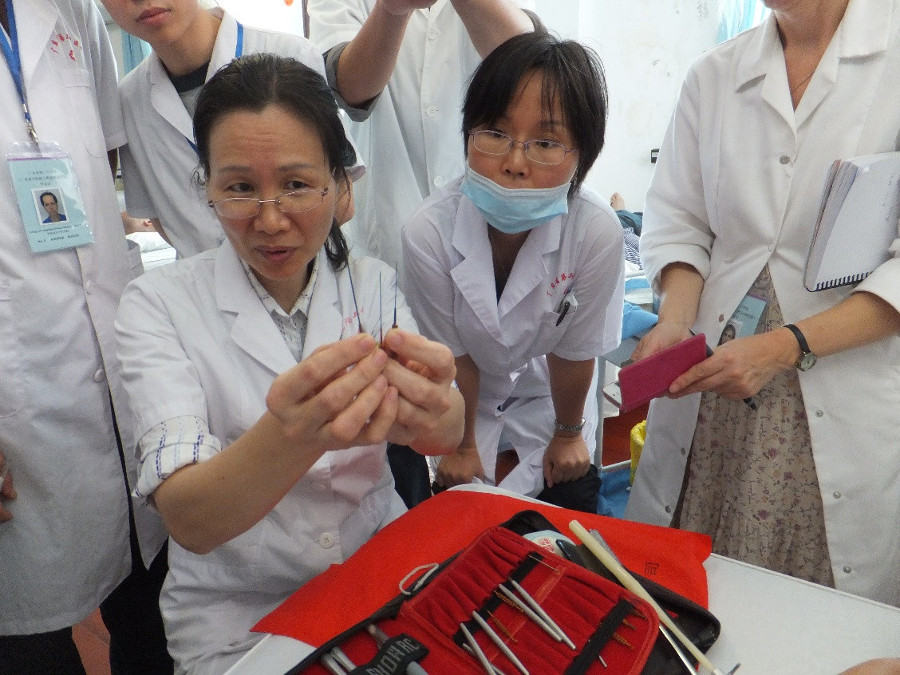 One of the Professors demonstrating needles for a particular technique 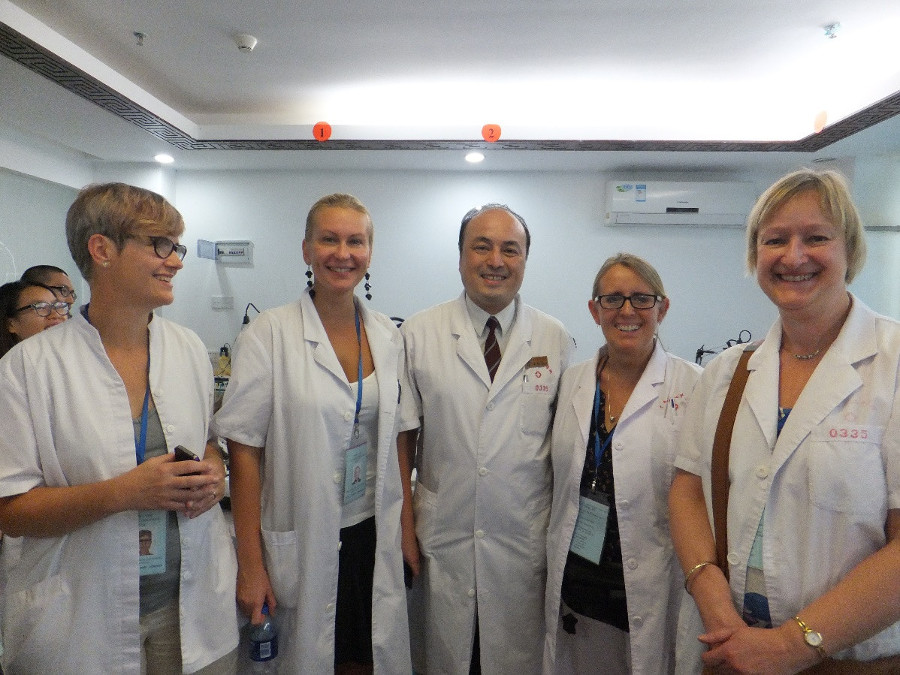 × This website may use cookies which are a small amount of data stored on your computer. Cookies may also be stored when accessing this website by Google Analytics or similar software for the purpose of website usage analysis. Cookies function as an anonymous identity tag when visiting the website and are commonly used by many websites. Personal identifiable information is not stored in any cookies. If you do not want to accept cookies then you should alter the setting on your browser however you may find that some features do not work on this website if you do. Check the help section in your browser for instructions on how to remove cookies.
By closing this message or continuing to use this site, you agree that we may store and access cookies on your computer.
Copyright © 2005 - 2022 Eic Content Management System Version 6.0 from Edge Impact Websites www.edgeimpact.co.uk